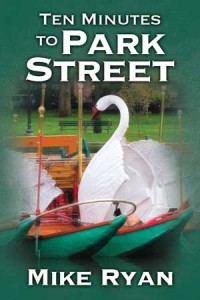 When his Green Line trolley breaks down on the way to a meeting at the State House, Dan Pulaski meets a beautiful stranger and feels a connection. Unfortunately, service resumes thirty minutes later. When Dan gets off at Park Street Station, he can’t hear her name above the commotion.

During the delay attorney Joy Hawley, who also is late for her meeting, notices a man with a blue novelty tie. She recognizes the writing on the tie as the preamble of the United States Constitution. When Joy is caught staring, she starts a conversation with Dan. She tries to tell him her name, and he tries to tell her his. When the doors open at the station, the ensuing noise muffles their responses.

Did you ever feel you had a connection with a stranger? Would you dismiss it as a fluke, or would you not stop trying to find that person until you had exhausted every possible avenue?